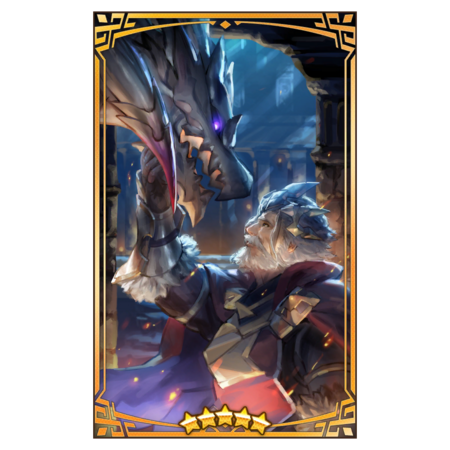 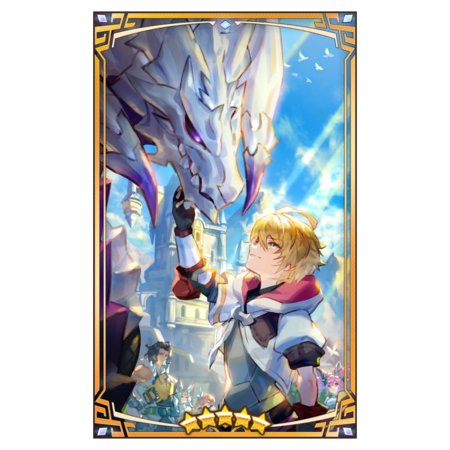 Stage 1
Zodiark was hated, cursed as a wicked dragon for bringing misfortune to so many despite the deep love he felt for them. Because of this, the Sage King Aurelius was the only human who offered his hand.
Stage 2
I will accept your hurt, said Aurelius. "And just as you have stood by people all this time, I will stand close by you." Touched by such kindness, Zodiark swore then and there to become his pactwyrm.
Stage 3
Later, Zodiark became the seventh scion's pactwyrm. Feeling his deep devotion, Zodiark thought that he might have been the royal sibling who most prominently inherited Aurelius's traits.
Stage 4
Though most people focused solely on Aurelius's strength and wisdom as a king, Zodiark knew his true nature: a man whose deep love and compassion for humans, dragons, and all life itself knew no depths.
Stage 5
As the prince stroked his cheek, Zodiark felt the same gentleness Aurelius held, and vowed to give this man alone his unconditional love and unending strength.
HP
12 - 75
Str
5 - 28
Base Min Might
Minimum HP + Minimum Str + Lv. 1 Ability Might77
Base Max Might
Does not include external buffs (e.g. Halidom, Dragons, etc.)

x0
Duplicate ValueWhat will be received instead if a duplicate is obtained (through drops, event rewards, etc)