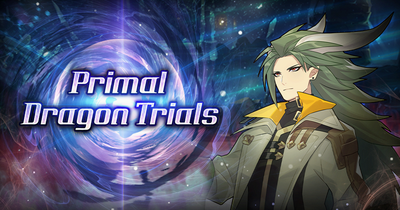 Primal Dragon Trials is the fourth series of high-difficulty quests in Dragalia Lost, where the player fights the Greatwyrms with their primal might restored. Defeating them yields materials that can be used to craft exclusive 6

weapons with a skill that deals damage, increases the user's strength, and grants the

Primal Dragon Trials is unlocked by clearing Chapter 16/4-6 of the Main Campaign and any one of the Advanced Dragon Trials on Master difficulty is cleared. 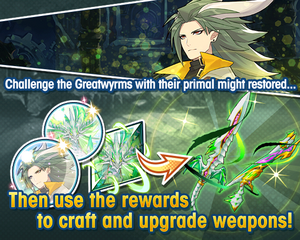 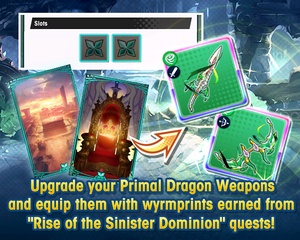 In order to craft Primal Dragon Weapons, the player must own the 5

High Dragon Weapon of matching type and element. All the Primal Dragon Weapons have a skill that deals damage, grants a

Strength Up buff to the user, and grants the

Curse of Nihility (which removes buffs and nullifies their effects).