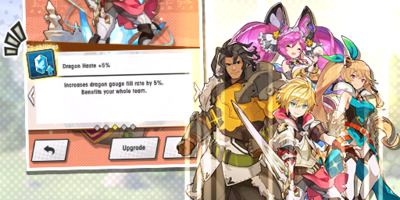 Co-abilities are abilities that all adventurers have that are applied to the entire team. These abilities can be upgraded in each adventurer's mana circles.

In the event that two adventurers with the same co-ability are on the same team, only the more powerful of the two will be activated.

All co-abilities are not classified as buffs, and therefore will not generate a buff icon above the player's skills, nor will they count toward skills that count buffs (such as

Raging Tide). They are not classified as passives either - in the Damage Formula, co-abilities are in their own bracket, meaning they are multiplicative with passive and buff effects.