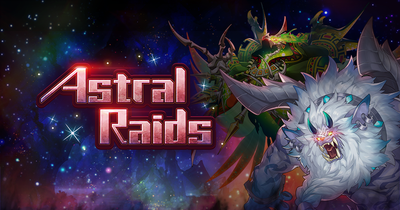 Astral Raids is a recurring game mode where players can fight previously-released Raid Event bosses. Its primary rewards are Augments and

Astral Shards, which can be traded for additional rewards. 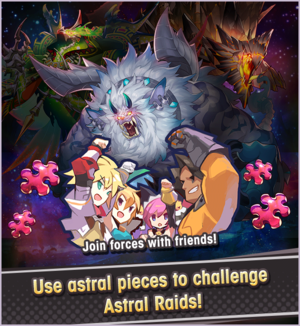 Astral Raids are only available to play on weekends, and only if a normal Raid Event is not occurring at the same time. Functionally, these battles work very similarly to regular raid boss battles. 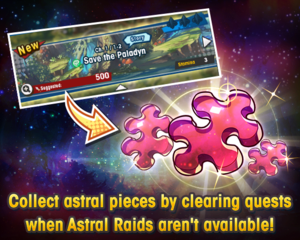 To challenge Astral Raids quests, the player will need to use 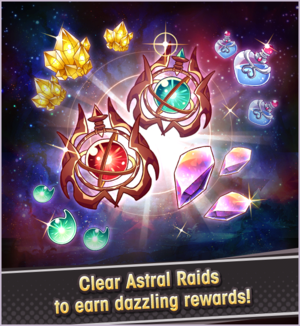 Astral Raids drop rewards are fixed and do not have any random element. Amount and type of rewards will vary based on the difficulty, the boss's element, and sometimes the boss themselves (in the case of weapon materials and tablets).

Augments will either be only HP or only Strength each time that Astral Raids is made available, alternating each time. Augments are only available from Expert and Master difficulties