Adventure in the Past

Adventure in the Past
Initial Vestige 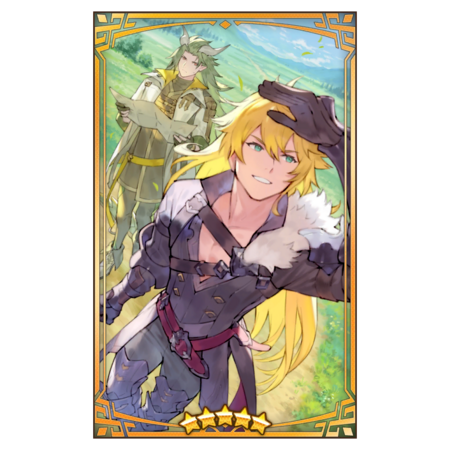 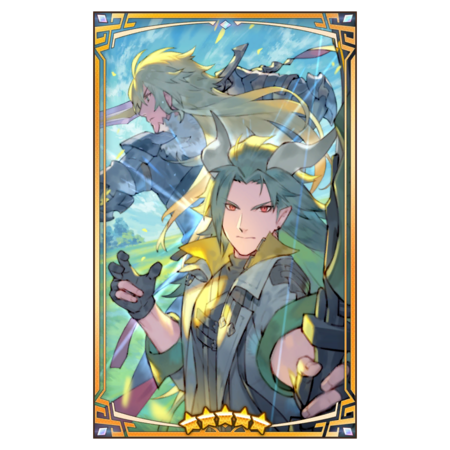 Stage 1
If I were to describe the human Alberius in a word, it would be "free." He took uninhibited interest in everything and asked much of me, and I was frequently at a loss over what to do with him. For example...
Stage 2
Change of plans. We make for that hill. It was the start of our journey together, yet he was already changing our course. Though it would only waste time, he insisted he had a "feeling."
Stage 3
As I feared, we soon ran into fiends. "This is what happens when you act on the whims of instinct," I scolded him. But he simply laughed and said, "With you and me working together, this is nothing."
Stage 4
He was brazen, yet I did not dislike it— for hearing him say such a thing made me feel the same. So long as we were together, we could not lose—and perhaps we might even find something beyond the hill.
Stage 5
We defeated the fiends and crested the hill to find a fertile land that would later become the royal capital. And though that man often baffled me, the surprises his unfettered behavior brought were worth it in the end.
HP
14 - 88
Str
5 - 32
Base Min Might
Minimum HP + Minimum Str + Lv. 1 Ability Might99
Base Max Might
Does not include external buffs (e.g. Halidom, Dragons, etc.)

x4,000
Duplicate ValueWhat will be received instead if a duplicate is obtained (through drops, event rewards, etc)